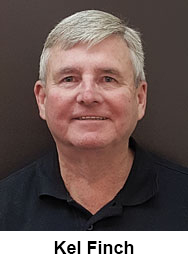 The Whalen Company Appoints Kel Finch to Board of Directors

In his new role, Finch will be bringing “in the field” experience to the table.  His experience as a manufacturer’s representative will add new perspective to the board that will help with expanding The Whalen Company.

Finch comes to The Whalen Company with over 46 years in the HVAC industry.  He started in 1970 at American Air Filter as an order coordinator and was later promoted to Sales Associate and then to Sales Branch Manager in 1981.  American Air Filter was eventually sold to Allis Chalmers, then to Snyder General and later to McQuay.  In 1992, Finch went to work with HTS Engineering selling the same products as before with a focus on heat pump products.

In 1998, Finch left HTS Engineering to start his own representative firm company, Air Mechanical Sales Ltd.  Soon after, AMS became a representative for The Whalen Company and has maintained a relationship ever since.  In 2015, Finch sold AMS to Emerson Swan Canada and has been assisting with the transition, which is now complete.

“It is an honor and a privilege to be asked to join the board of directors,” said Finch.  “We have such a long and good history together. I can only hope that my extensive sales experience and background will contribute to the expansion of Whalen.”

“Kel brings the representative’s perspective to the board,” said Craig Wanner, President and Chief Executive Officer of Whalen.  “His industry knowledge will help guide us as we enter new markets and implement our long-term growth plan.”

Whalen products are distinctive in concept, performance, reliability and energy efficiency, thereby delivering a “perfect fit” solution for customers.  In addition to their popularity in new construction projects, they are highly suited for renovation or equipment replacement projects completed in less time and at lower cost.

For more information about The Whalen Company and its product line, including resources such as technical data, engineering drawings and digital equipment selection software, visit www.whalencompany.com.

For a PDF of this press release, click here.